What could you make in 45 minutes if you were given these four ingredients as your starting point: Mascarpone cheese, bistro pizza crust, leeks, and flat iron steak? Four of Vincentian’s culinary managers rose to the challenge in a video and the results were nothing short of delicious.

Borrowing from the Food Network cooking show “Chopped,” Vincentian’s Executive Chef Cindy Chartrand created a similar competition with some help from film students at the Pittsburgh Technical College (PTC) who captured it all on video.

“I wanted a way to showcase our culinary team’s talents and to build some camaraderie among our communities. What better way to do that than with a little friendly and fun competition in front of a camera?” explained Cindy.

In front of many cameras, several PTC students, and 4 judges. No pressure.

Participating in the challenge were culinary managers: 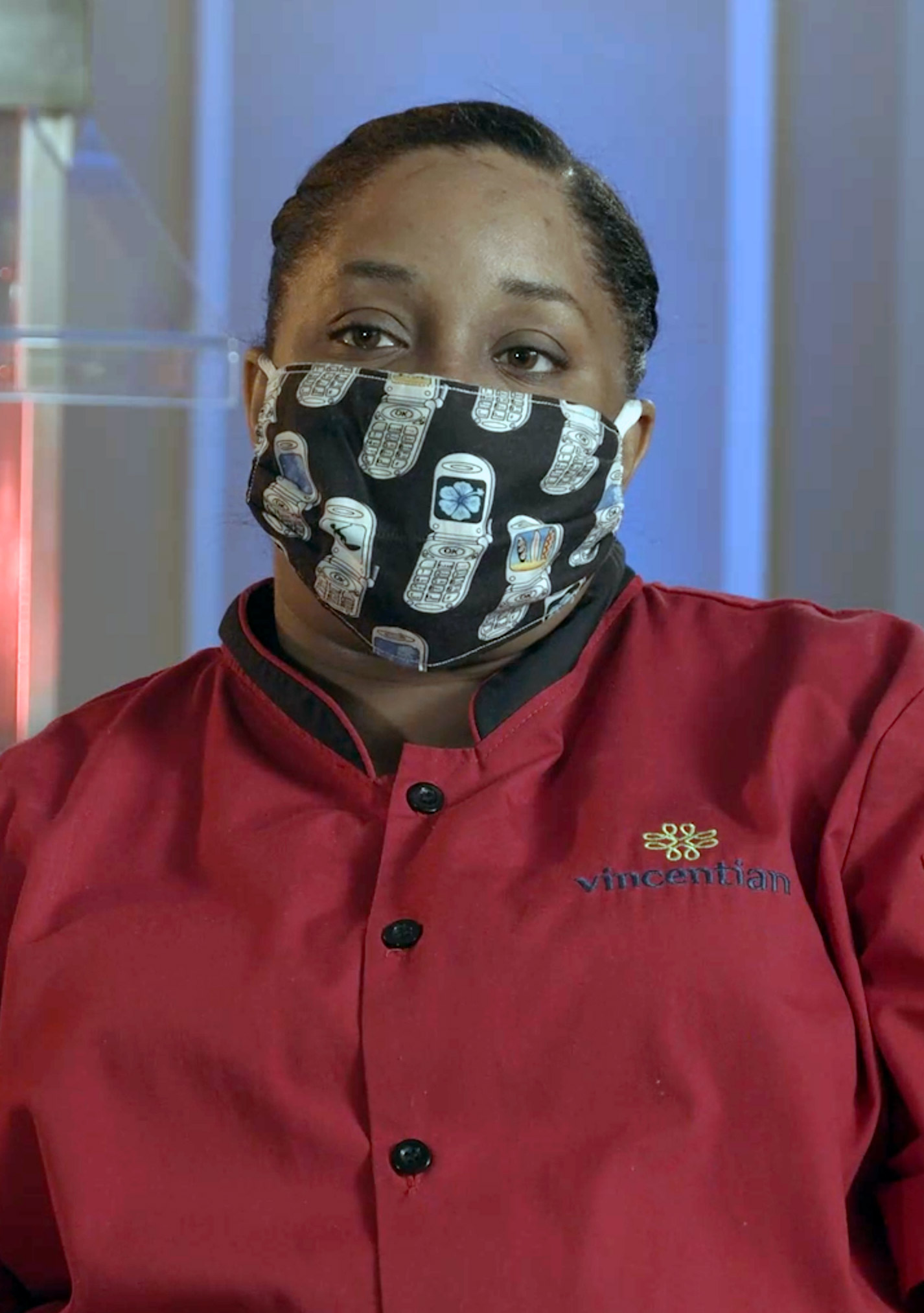 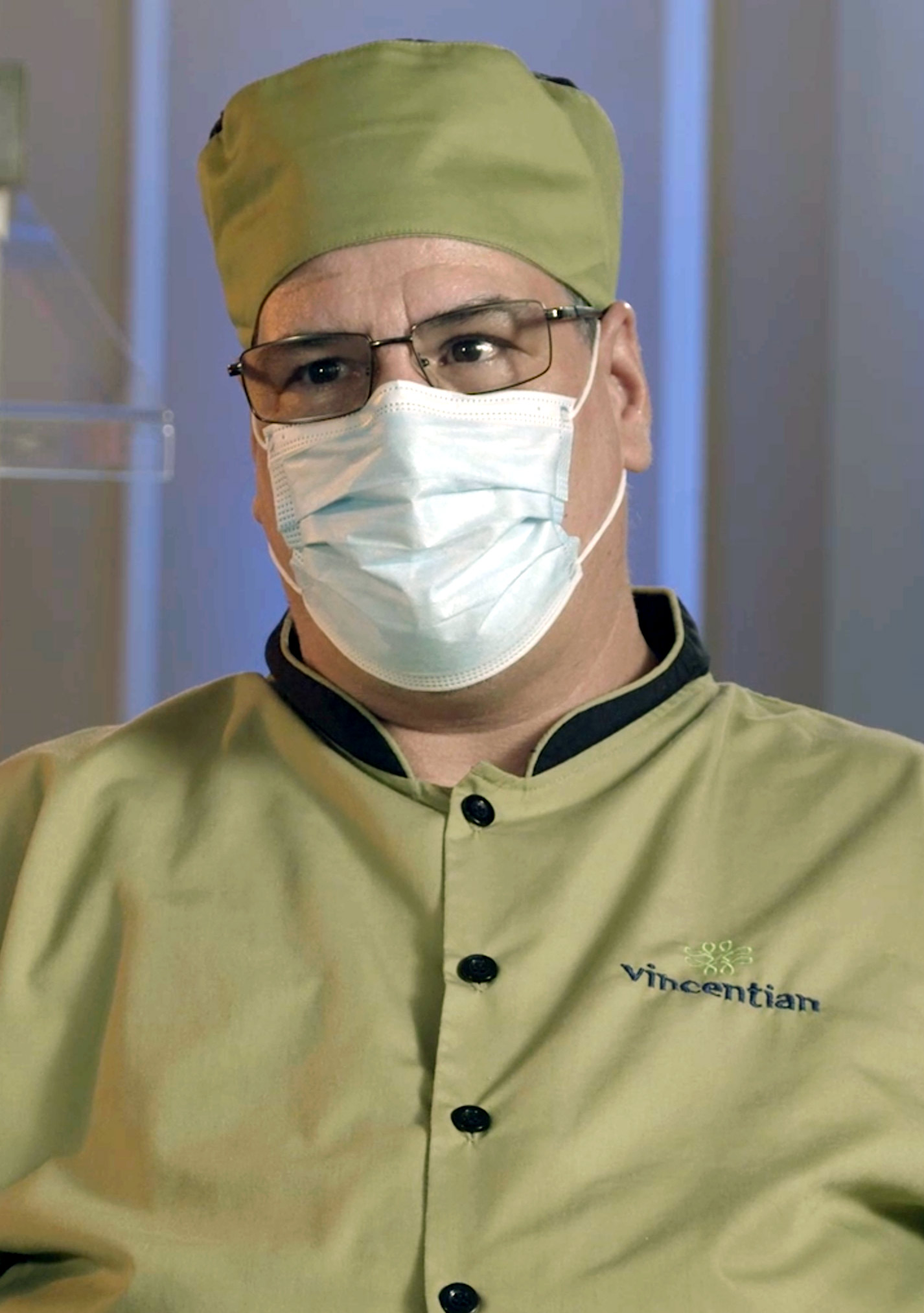 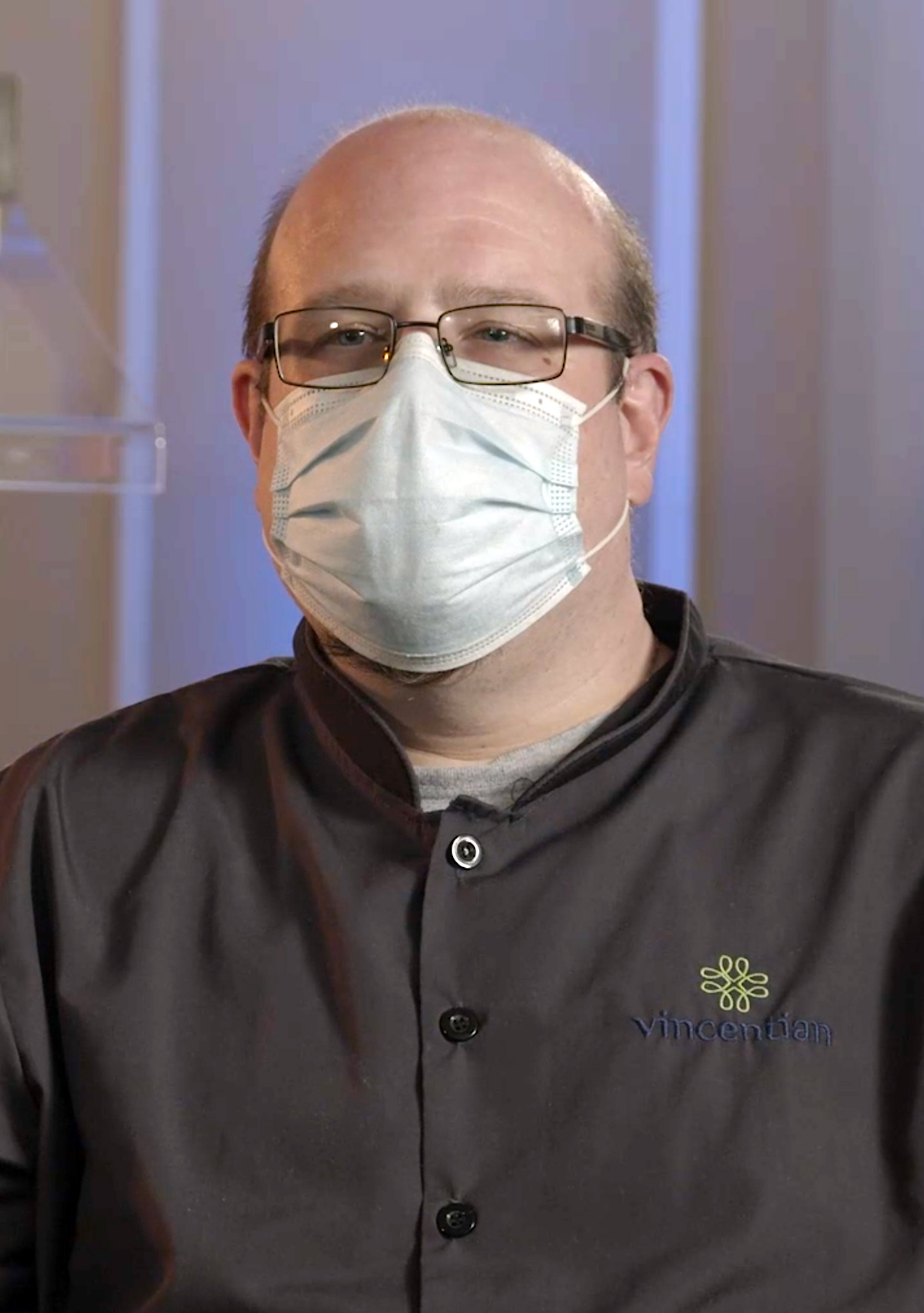 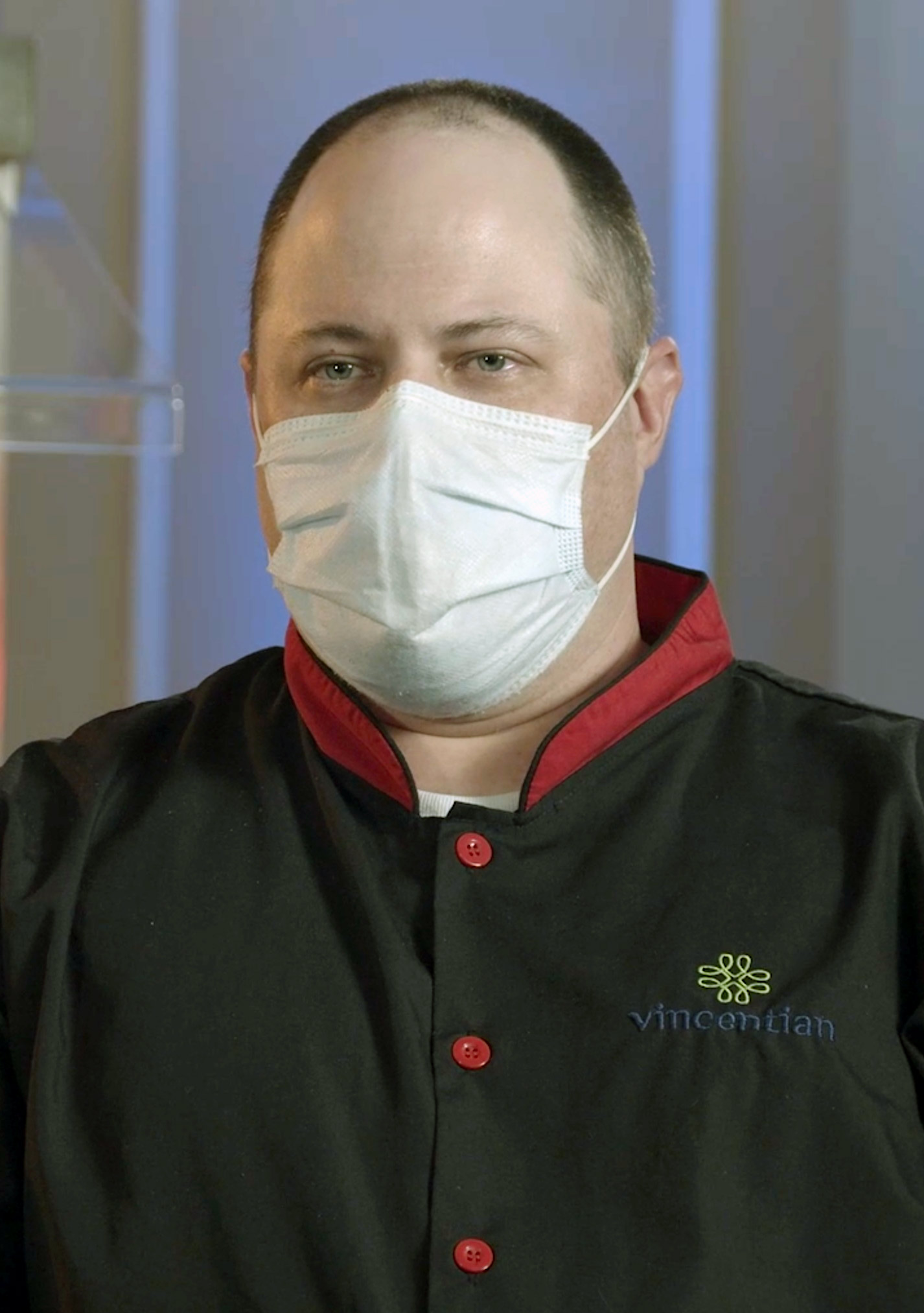 Just like the TV show, each chef was given 45 minutes and a basket filled with the four mystery ingredients: mascarpone cheese, bistro pizza crust, leeks, and flat iron steak. They also could raid the kitchen at The Convent for additional items to make their dish stand out.

To ensure impartiality when selecting the winning dish, four independent living residents served as judges: Lorette and Bill Duermeyer from Terrace Place at Vincentian and Kate and George Candreva from Vincentian Villa. 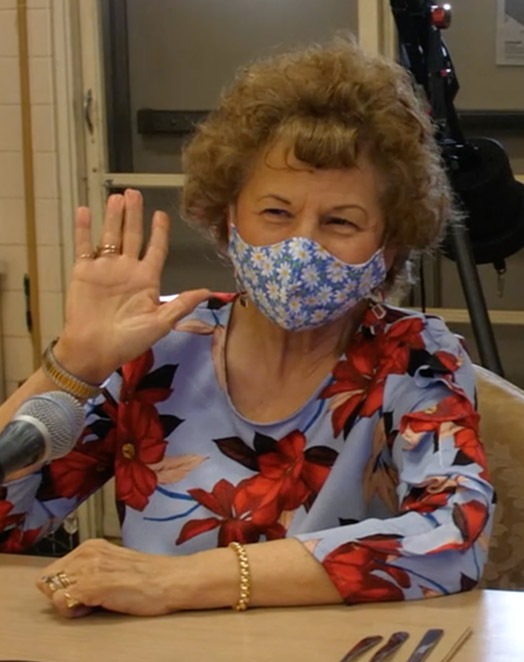 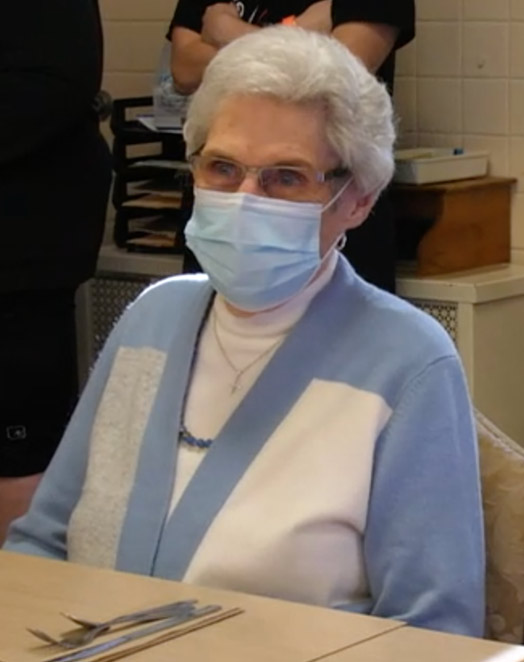 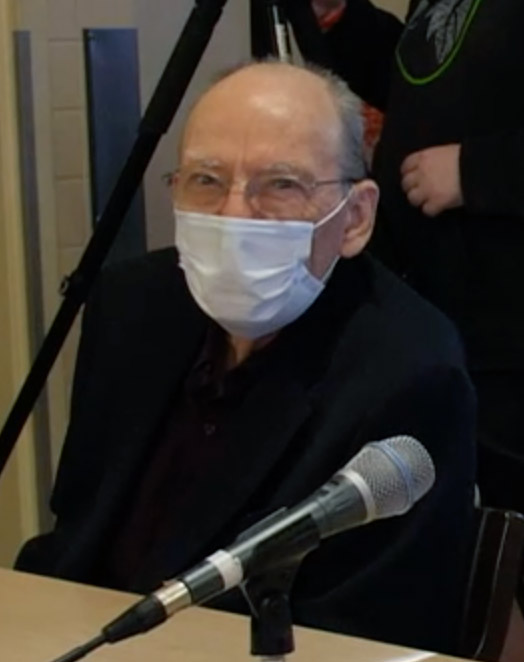 What dishes did they prepare?

Who do you think won?

You’ll have to watch the video to find out.

Listen to Cindy’s podcast interviews to learn more about the culinary managers. 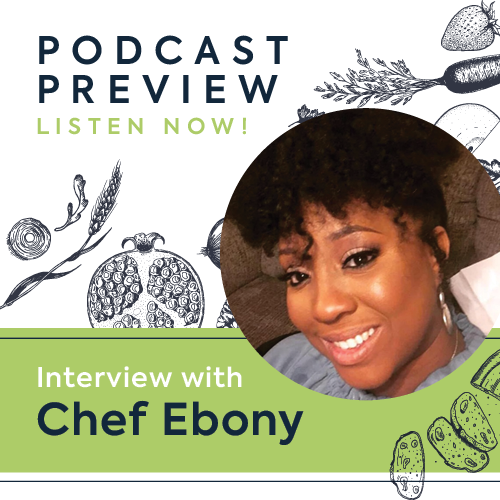 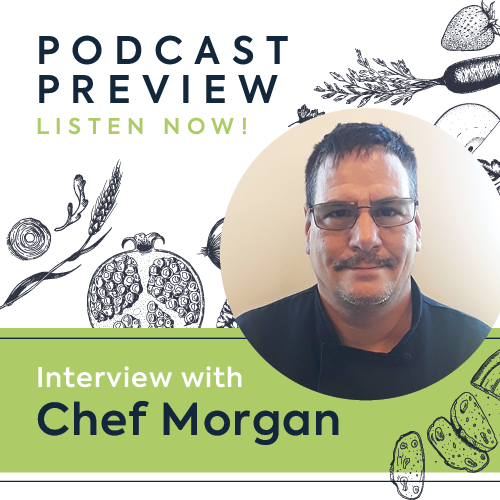 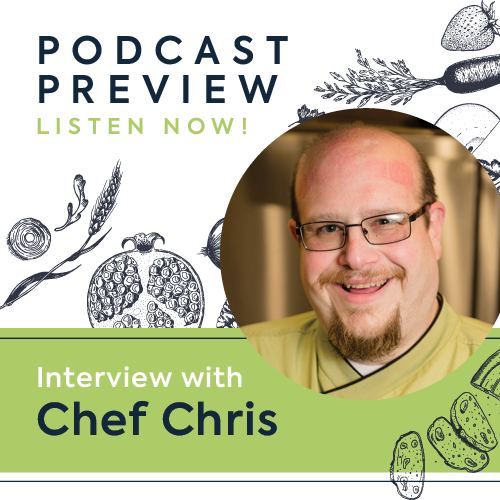